There are so many colors when it comes to tape but most guys just go with black or white on their blades. So the age-old question, which is better Black or White? 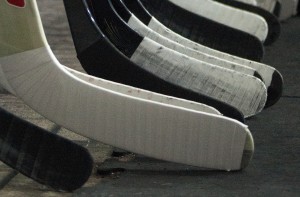 You may have heard that black tape disguises the puck and makes it harder for the goalie to see. This is true because it removes the contrast between the blade and the puck. However most goalies know this and focus on the contrast between the white ice and the black puck. So using black tape really isn’t much better than white. White tape allows you to see the puck on your stick better plus it looks cooler all marked up.

Pro tip: Most goalies say they have a harder time focusing on the puck when the stick is white because they cant see when the shot is released.