Hockey sticks started out with straight blades. Players quickly realized that with a curved blade you have better control over the puck and it greatly increases shot speed. Sticks used to be made of wood it was fairly easy to curve your own stick. Wetting or heating the blade would make it semi pliable. Common practice was to bend under a door. Modern blades are made up of hard carbon composites and the curves are pre-shaped. You can’t change the blade without compromising the blades strength or breaking it entirely. Manufacturers offer a wide variety of curves to fit any style.

“The NHL rule book state that the curvature cannot exceed 3/4 of an inch.”

What are the different types of curves?

There are 5 major types of curves, toe, mid-toe, mid, mid-heel and heel:

Toe Curves:
Toe curves generally have fairly straight heels and mid sections but bend at the toe. Toe curves help give extra speed on your shots. The also can give some last second lift on your shots. Toe curves are very popular among NHL forwards. An example of a toe curve is the Bauer P14. You can check it out at the pattern database from the link below

Mid-heel Curves:
Like the mid-toe, the mid heel also offers you the best characteristics of both the mid and heel curves. It still had the mid curve for controlled stick handling but with a large open face starting at the heel.

Heel Curves:
Heel curves have the most open faces and are great for chipping pucks into the zone.
Mostly preferred by defensemen.
The heel curve itself give you lift on your shots, more so than toe curve but it takes longer and close in may give you too much lift.

**Check out the Pattern Database **

Open vs Closed
Your curve will either be open, closed or neutral. What does this mean? Lets see an example: 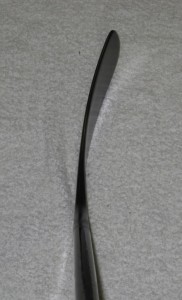 Here we see a very open toe curve. You can see how it starts in the middle and twists out from the bottom. What this allows you to do is to get under the puck and really lift the puck. Imagine a puck rolling from the heel to the toe of this curve. As it travels its angle is getting bigger and bigger because it is traveling upwards on the blade. When the puck is released it will be much easier to get height. Also when you shoot it forces your top hand out so you “cup” the puck, tricking yourself into shooting harder. How about a neutral? 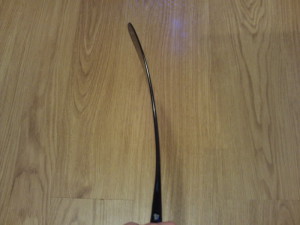 This blade almost looks closed or it looks like there isn’t much of a curve. This is neutral because if you look at the very tip of the toe there is just a little twist. It is quite rare to find a completely closed toe blade because they just aren’t popular anymore. 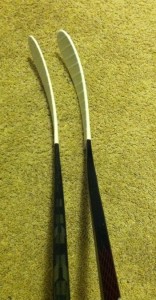 Here we see both a open and neutral blade. The one on the right is open and the left is neutral. You can see that they are both mid curves yet look very different.

Depth
The last thing to consider is the depth of your blade or the amount of curve. The deeper your blade is the more speed you can get. Also, the deeper the blade, the easier it is to “cup” the puck. 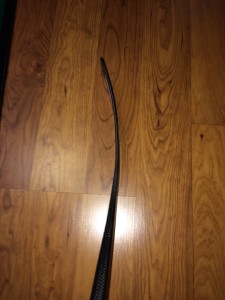 Here we see the Bauer P88 curve. is has a fairly deep curve. 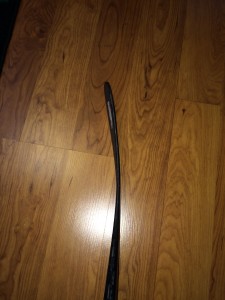 Here we see the Bauer P91A curve. it is a larger curve but not as deep.

I recommend going to your LHS and stick handling for a minute or so and feel which one you like best.

Check out here to learn which curve may be right for you.